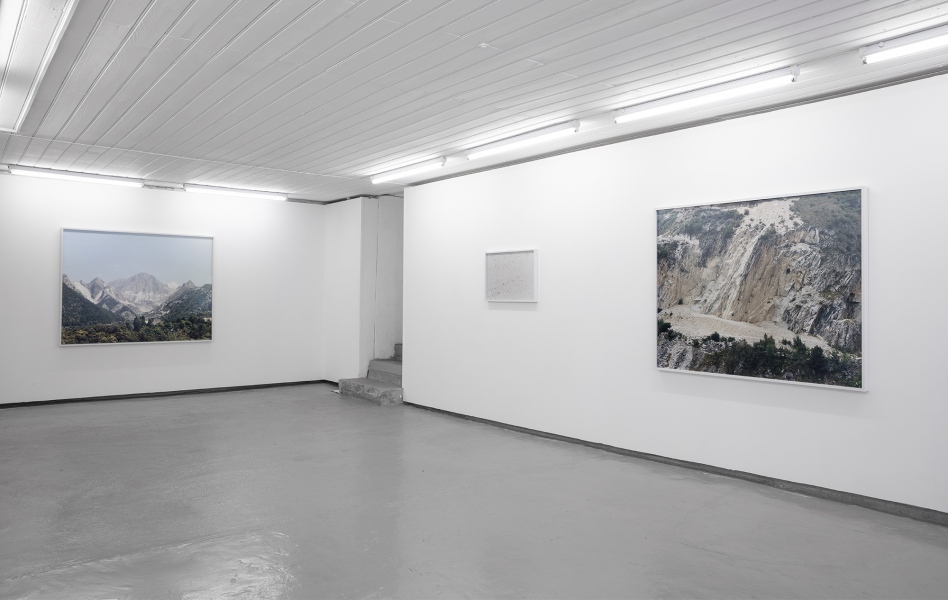 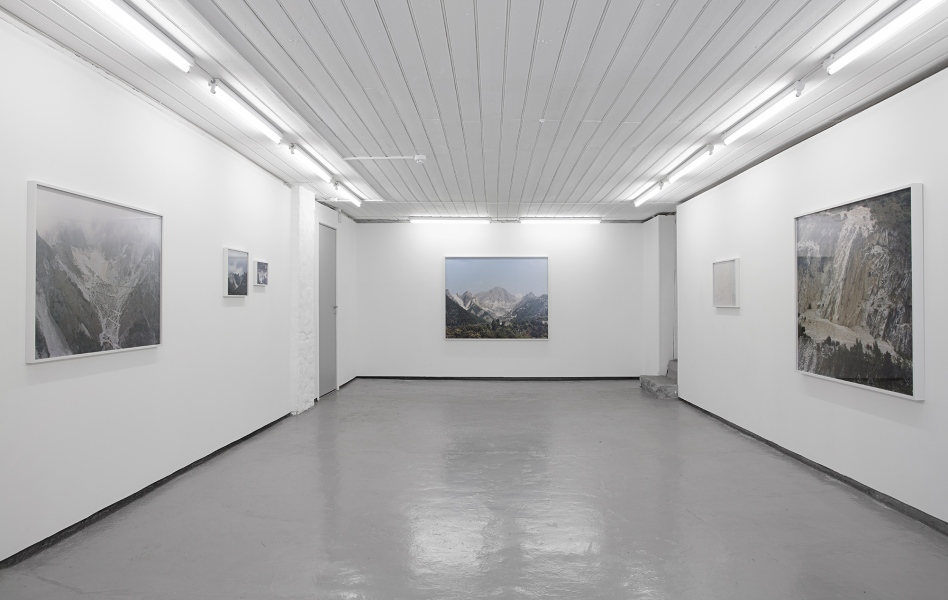 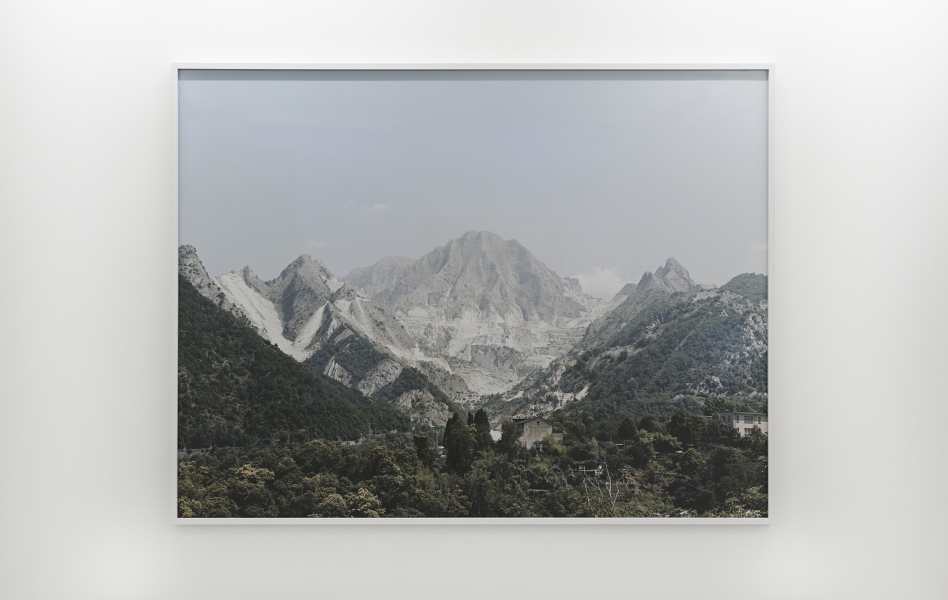 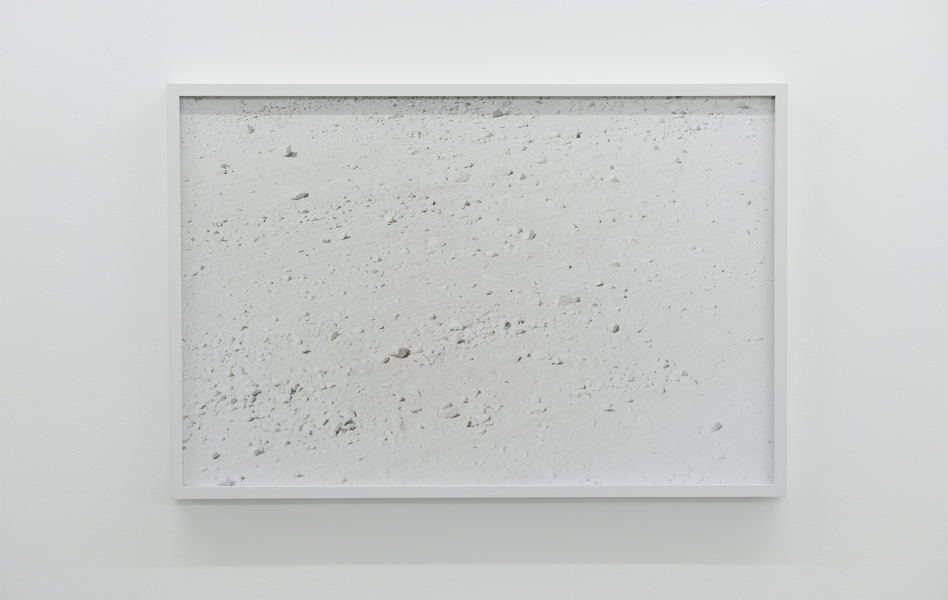 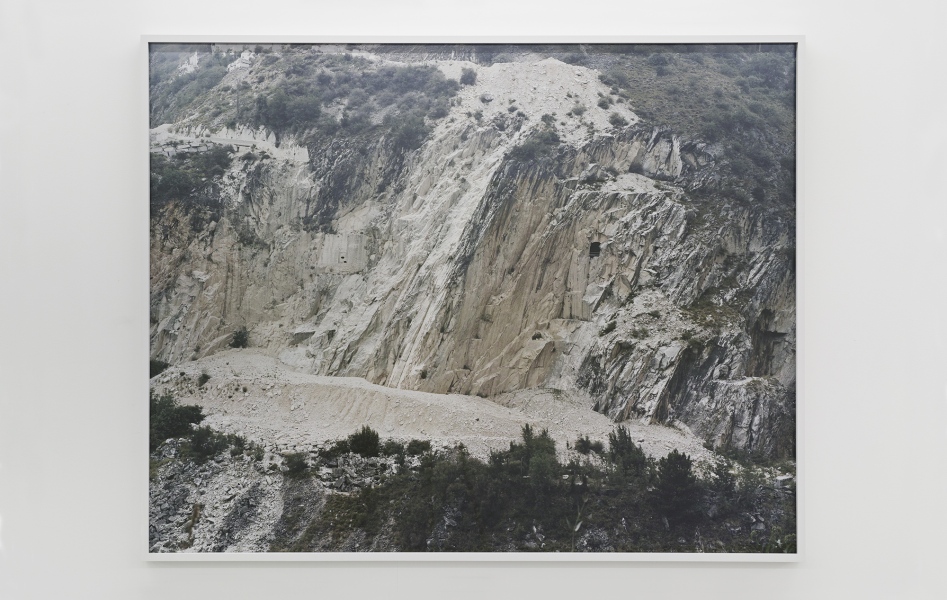 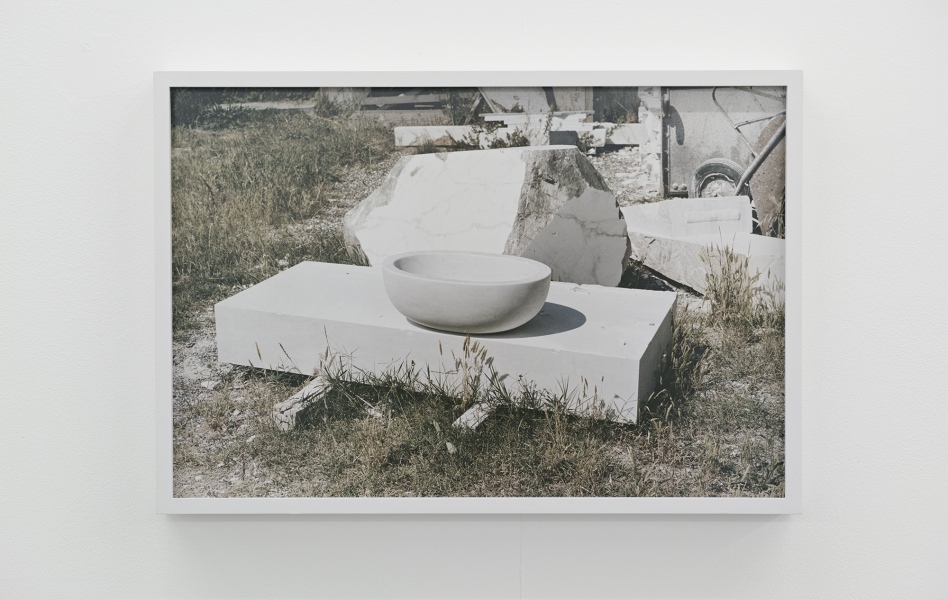 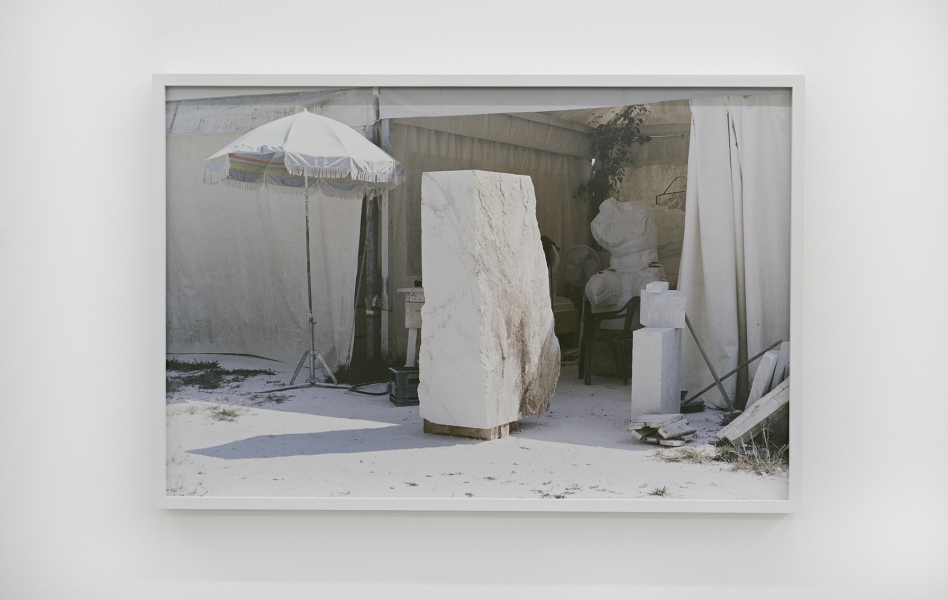 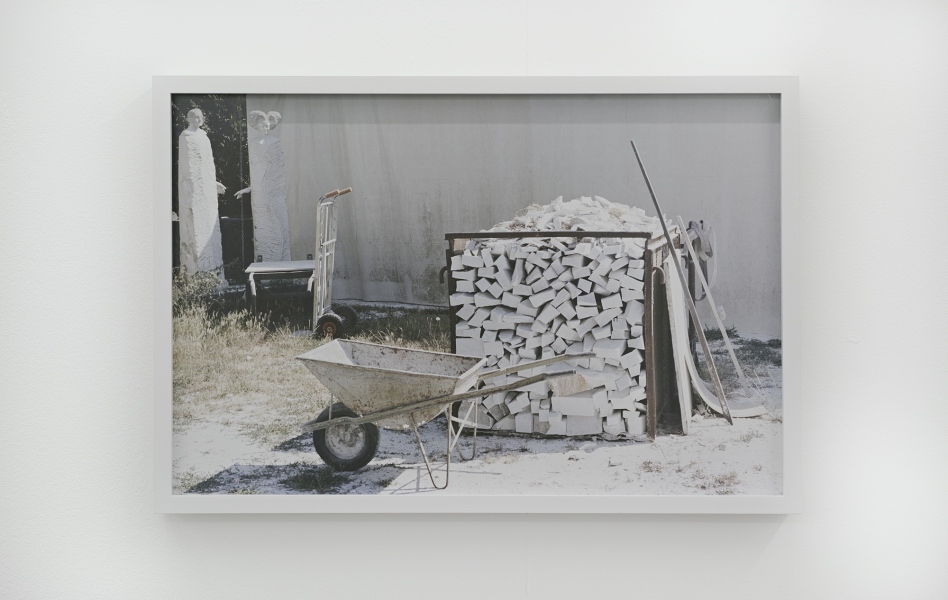 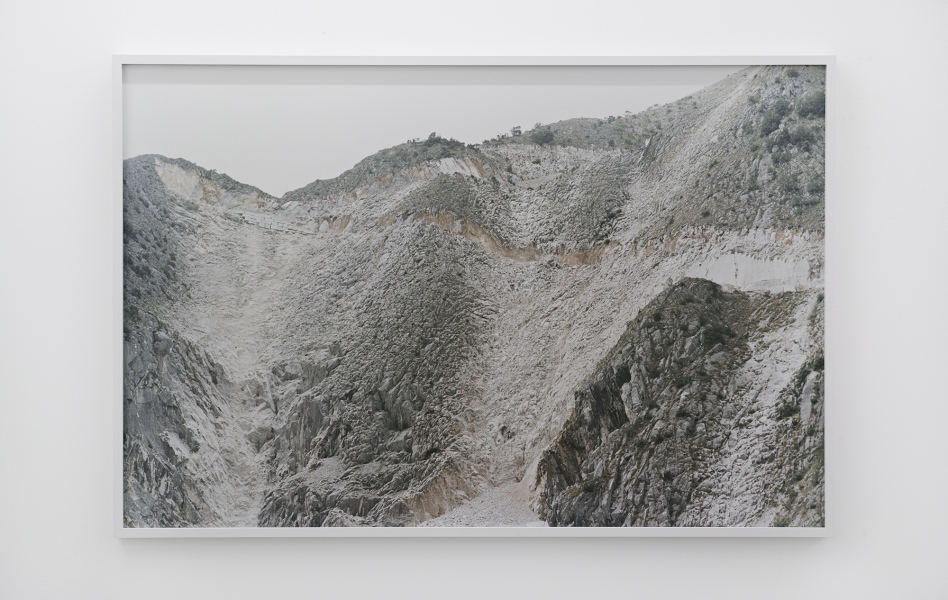 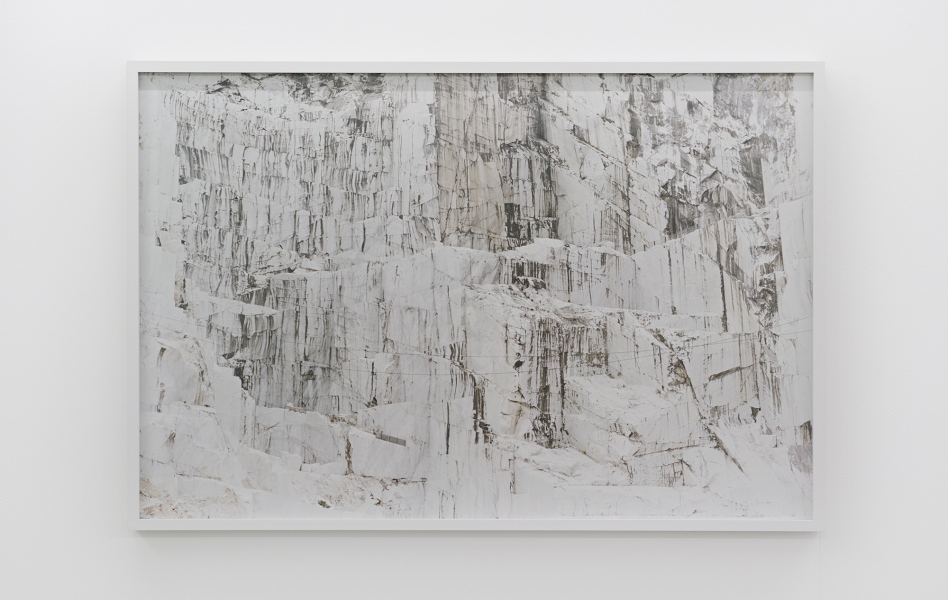 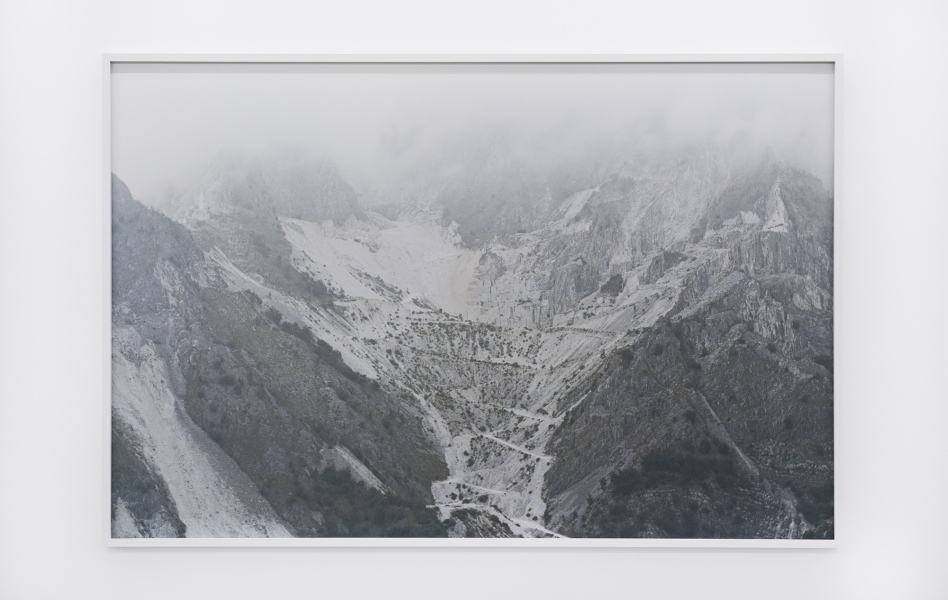 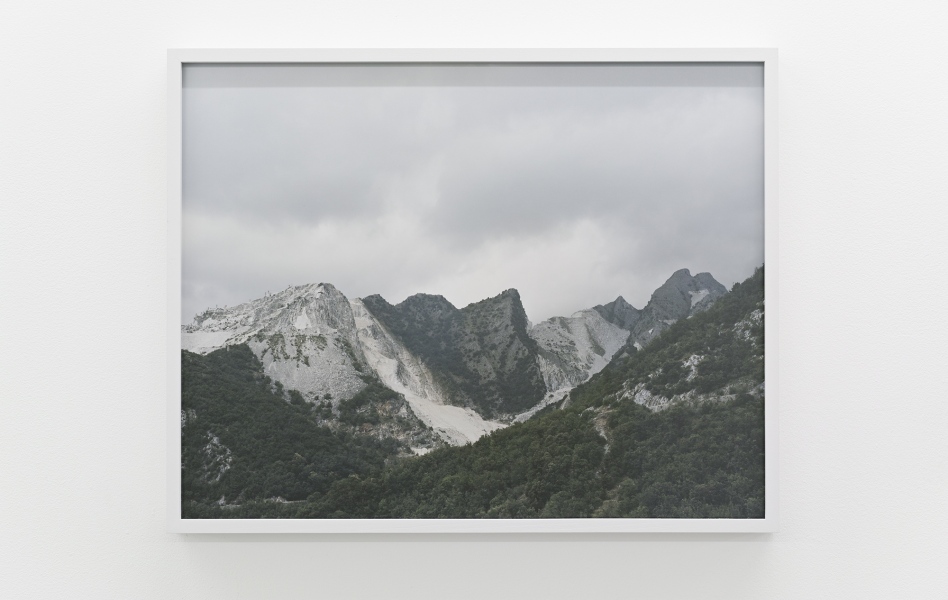 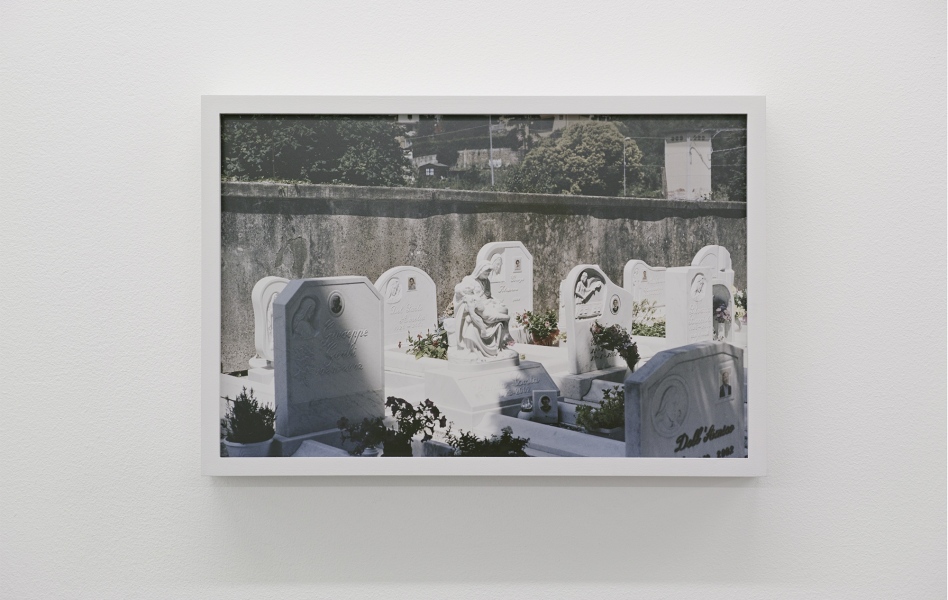 A crisp September morning in the year 1501 a 26-year-old artist steps into a makeshift wooden shed not far from the Florence Cathedral. Inside the shack, he fixes his gaze on a gigantic block of marble, discoloured after being left out in the rain for more than a quarter of a century and marred by tiny holes. Several senior artists had already given up transforming the huge piece of marble into a monumental statue of the biblical David, in parts because of the subpar state of the stone itself. It had been poorly chosen to begin with, and following that it had been carelessly carved at the quarry before its journey from Carrara to Florence. A distance that could be traversed during a three-day hike, but that took a backbreaking two years due to the gargantuan proportions and weight of the stone. It was roughly a thousand years since a block of marble this size had been harvested and transported from the quarry at Carrara. No more than 18 months later the five-metre tall statue was unveiled, and the young Michelangelo was uniformly acclaimed not only for salvaging the ruined block of stone but for reshaping it into a masterpiece in dazzling white marble, carved from a single piece of marble.

The precious marble that makes up the iconic David is the result of a mind-blowing process that started as a party in the primordial sea hundreds of millions of years before Michelangelo’s powder covered chisel carved out David’s watchful eyes and slender abdomen. Countless generations of minute marine animals lived, copulated and spawned their offspring before they died and drifted slowly towards the seabed. On the ocean floor, their bodies were gradually compressed by gravity, weighed down over time by layer upon layer of other creatures until the pile solidified into the interlocking white crystals known as marble. Later on colliding tectonic plates thrust the seabed with the crystallized creatures up above sea level, creating mountains of marble at Carrara, overlooking the sea from where it once originated.

Michelangelo was among the first Renaissance artist to rediscover the extent and the quality of the marble from Carrara. The relative softness and uniformity of the metamorphosed prehistoric critters make for a rock that is ideal for sculpting, and the translucent surface allows light to penetrate into the stone before being reflected, resulting in the soft glow and waxy look characteristic of marble sculptures.

Mining of the Carrara quarries was initiated more than 2000 years ago when slaves were forced to chop off blocks of the precious stone using chisels and wooden tools. Sweating armies of groaning, straining men made up the first part of the supply chain for the pristine marble that adorned luxury villas and palaces of the Roman elite. The arduous work with the heavy stones was extremely dangerous, and the working conditions were all but improved by the air being riddled with fine dust and intense solar radiation, accentuated by reflective white marble floor and walls, leading to sunstroke and vision loss. The horrible working conditions were later to play a key role in a violent anarchist rebellion in the quarries by workers during the winter of 1894. A tax office in Carrara was set on fire, the main road to the neighbouring town of Massa was barricaded with huge marble blocks and several demonstrators were killed by the military. An article in New York Times from the same year went as far as to describe the quarries of Carrara and the surrounding areas as ‘the original hotbed of Anarchism in Italy’.

The real exploitation of the famed white marble from Carrara, whose purity is argued to be unrivalled, began during the reign of Julius Caesar and continued under Augustus, the first Emperor of the Roman Empire. According to legend, Augustus once famously boasted, ‘I took in charge a city of brick, I leave it a city of Marble.’ With the fall of the Roman Empire, the quarries were abandoned and it was not until the Renaissance that the marble quarries in Carrara came back to life. Ever since then the brilliant white marble of Carrara has been in fashion, in part due to a misinterpretation of the marble sculptures of Antiquity.

It is today a known fact that the marble sculptures of Antiquity originally were painted, often in vivid colours. But when the sculptors of the Renaissance sought out to revive ideals of Antiquity they modelled their vision of classical sculpture after what they had at hand. When a renewed interest in classical sculpture arose already in the 13th century, with proto-Renaissance artists such as Giovanni Pisano, it was taken as a given that the original Greek and Roman sculptures had been unpainted and white, since after many centuries, often buried in the ground, little if any pigment remained. In time, some excavated marble sculptures may have even had their colours purposely erased to give the sculptures the aesthetic purity that was the popular demand of the market. The ideal of unpainted sculpture was further reinforced by the paragone debate during the Renaissance – a debate on whether painting or sculpture was the superior form of art – that resulted in a purist approach to sculpture without painted surfaces, as argued polemically by Leonardo da Vinci in his Treatise on Painting: ‘The painter has ten considerations with which he is concerned in finishing his works, namely light, shade, colour, body, shape, position, distance, nearness, motion and rest; the sculptor has only to consider body, shape, position and rest. With light and shade he does not concern himself, because nature produces them for his sculpture. Of colour there is none. [...] Therefore sculpture has few considerations and consequently is less demanding of talent than painting.’

The increasing interest among sculptors for working in marble during the Renaissance might also be related to the fact that marble sculptures from Antiquity had survived in bulk. Pliny and other ancient writers make clear that there also existed a vast quantity of sculptural works in bronze, including many of the most esteemed artworks of the time. But bronze was more likely to be recycled and end up as weapons or medieval church bells. The standard image of antique Greek and Roman sculpture as uniform brilliant white marble derives, in part, from the disproportionate loss of all the other materials.

It did not take long before the white marble surface was established as a sophisticated esthetical ideal, while colour in sculpture was to be associated with barbarism. The intellectual European elite, such as the philosopher Georg Wilhelm Friedrich Hegel (1770-1831), was an outspoken proponent of the beauty in the monochrome surfaces of Antique sculptures, despite being aware that they had originally been painted: ‘It is true that there do occur even in Greek sculpture, to which we must confine ourselves in the main, examples of polychrome statues [...] But things of this kind must be excluded when it is a matter of keeping to the fundamental nature of sculpture. Therefore it cannot be denied at all that many examples of painted statues occur, but the purer artistic taste became, the more did it give up that display of colour which was inappropriate to it’. In the 17th and 18th century, during the heyday of the Grand Tour, young members of the European ruling class descended upon Italy to buy up as much ancient art as they could, filling crates with Greco-Roman sculptures to decorate their homes. Many of these works make up the classical sculpture collections of public museums today.

By the end of the 18th century western ideals of the highest order – esthetical, philosophical and ideological - had been grafted on the white marble surfaces of Antiquity. The powerful historical connotations invoked by marble makes it a favoured symbol for anyone with a desire to be associated with the grandeur of the Roman Empire and ancient Greece. Marble and Greco-Roman sculptures were utilized extensively by both the fascist party in Italy and the Nazis in Germany during the first half of the 20th century, in a political climate characterized by ideals of racial, sexual, moral and visual hygiene.

Today up to a million tonnes of marble is extracted annually from the mountain range in Carrara. In some cases, entire peaks have been ripped away and the disposal of quarry waste pollutes springs and streams. Seen from afar, the blindingly white permanent scars from centuries upon centuries of excavations look like snow patches against the darkened rock.

The crystalline rock that makes up Michelangelo’s David tends to move farther than it did before. As the centres of wealth have shifted, the marble that in the past was used to decorate the capital of the Roman Empire is now shipped off to Saudi Arabia, the Emirates and China. As an internationally recognized symbol of luxury, marble follows, as it always has, the cool scent of money and power.